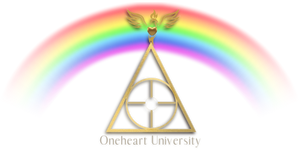 Change
ROMA into AMOR
to END the INQUISITION

Each chapter is complete by itself. Therefore, certain common denominators find repetition. As such the reader can begin at any page and gain information that can be immediately used

Some do not like to be “screamed at with CAPITALS”.

It is not literally correct either.

Neither do I claim to be an “literature academic”.

The MESSAGE recording evolved over a period of 50 years.

The later 30 years were of the “Direct Mission involvement”, globally (“CAP”).

As such, the ESSENCE of the Message became DENSER.

No lengthy philosophy, but “coming to the Point”.

Not the Messenger but the MESSAGE.

Over time “lower cap” began to change into “CAP”.

The Inspirations (in Spirit”) became Denser.

Therefore, the “writing style” have become Unique, as the Message is.

Not to worry about how another will “thinks about it”, but following as how Spirit wants it to Be.

With all due Respect, millions of Books were written by great Thinkers, but so far NOT one Solution for a single problem.

Humanity is still toiling with finding out how to “live WITH the problem”.

With the creation of more laws, medicine, money, food and education we created more injustice, disease, poverty and starvation.

Governments depend on departments (Parts) where the left-hand does not know what the right-hand is doing.

I will Continue as how Spirit tells me to Deliver the Message.

The Capitals are used to “come to the point”.

Not much time left to fill out many pages with words.

This Book is one of a Series.

The time is upon us to REMEMBER WHY we have come to Planet Earth with Her Extreme 3-Dimensional Density. The Divine PLAN is to make Earth the PORTAL of PEACE. Therefore the TWO Extreme Opposites are needed. We cannot create a Portal or Passage with only one side.

One side of the Portal is a Given, which is Creation. The other side the Human must create. Therefore we were given FREE WILL, which is the Creative Force or the WILL of GOD. Thus… the Human must Endeavor in the Extreme Effort to create the “other side”, ANTI-Creation… to USE the Will AGAINST Ourselves (making ourselves sick and misserable) and everything that constitutes the ONENESS. Therefore the Dividing Nations, Religions, “Parties and Diets”, Traditions and different forms of Terrorism.

Creation is Maintained by its Essence or Center, which is the Only CONSTANT that is Absolute and Eternal. This LAW of laws never Change, hence the Onelaw is CHANGE!

So, in order to have Anti Creation… we must create laws which rather do the Opposite. Laws which Limit. Laws which cultivate Anti Change, REACTION and the CONDITIONAL. Thereby TERRITORIAL CLAIM came about. Then, the Territory needs to be Defended. Consequently laws are used as a Weapon, making Weapons the law. And so the World has become. The PROMOTION of War, both of the Outer and of the Inner (disease), are NEEDED to Maintain the “System of the Other Side”.

Roma (Vatican), going by the Dictates of LUCIFER (pope Francis stated “Lucifer is God”) has been instrumental to Systematically Subject Humanity to the law that makes it ILLEGAL to LIVE UP to the ONELAW of Creation, notably the Right to BE (the Passport Identity instead, and finally the Microchip implant).

This BOOK REVEALS the Process of the PLAN, showing the TOTAL PICTURE, as HOW Both Sides of the Portal have provided the Means for the HUMAN to find out what it takes to UNITE the TWO, in order to EMERGE from the CENTER of centers, FROM WITHIN = FREEDOM.

The Sequence of Roma´s Method to

Control Humanity from the OUTER

Instill FEAR by way of TORTURE.

Persecute those who Control the HOME, of which its KITCHEN is the First Cathedral/Temple, Laboratory of Alchemy – Hospital where the FOOD is used as the Primary Medicine, that upon the Digestive Process becomes the BLOOD whereby we can THINK – School of Life – Bank, storing the universal Food whereby the Highest Quality of Blood is created, so that also the Highest Quality of VALUE-perception is created – also the True Money that we can GROW and EAT. Therefore WOMAN (Controller of the Blood quality, Original Bank,  Education) , the MIDWIFE (Original Doctor) and the ALCHEMIST (Universal Scientist) were Systematically REPLACED by the “Economic System”, Public School”, “Doctor” and “Scientist” of Chemistry and Microscopic way of Thinking). Today, all of it constitutes the “Government” that Operates by the principle of Roma´s Dictates.

Make Humanity BELIEVE that it can ONLY be “secure, comfortable and independent” Under the “protection” of laws which can be Used as a Weapon making Weapons the law. And that the Enforcement of these “laws” need to be PAID by those whose “safety” DEPENDS on the “willingness” to be SUBJECTED to the “asking the fox to protect the chickens” System. As such MONEY has been Used as ROMA´s TOOL to Psychologically Lead Humanity to its Sacrificial Altars (operation table and battlefield).

WHO can DELETE this SELF-Oppression/Denial from Planet Earth? YOU!!! HOW??? BY:

The Basic EDUCATION to KNOW HOW to RESTORE the HOME as the CENTER of the Government OF; BY and FOR the PEOPLE (True Democracy). Therefore WE must SUPPORT the Essential Education to LIBERATE Humanity from Roma´s TRAP. The First Step to it is outlined with in the Change ROMA INTO AMOR BOOK, to be Multiplied and SHARED with Others around the World. This Fundamental Teaching is Supported by Wisdom-keepers from around the World (Inca, Maya, Bushman, Celtic and those of other Ancient Origin).

Getting Educated as HOW to Select, Prepare, Eat, Biologically Transmute (Digest) FOOD into the BLOOD that enables us to: Function, experience Emotion, be able to Think, make Choices, become CONSCIOUS WHO we ARE as a UNIVERSAL BEING,…so that we can REALIZE that we are the Creator of our Own Reality = BE the Universal SOVEREIGN.

Make the HOME the Center of Government!

“ THANKS for the Accomplishment” of the Most Cruel and Corrupt Contrasting Side…ROMA! WE Learned much, but for NOW… Know that the Experiment is OVER!

The following introduces the Basic Knowledge to Understand the Human and the World within the Infinite Universe, and what it takes to Realize the Divine PLAN to make Planet
Earth the PORTAL of PEACE