Humanity, WE have FALLEN to Know that we have the POWER to RISE from the Bottom UP!

The Fall can only translate FAILURE, by being Comfortable by laying on the Floor´s FILTH.

So, CLEAN the Ground to Stand on and RISE!

WE FELL, because the Floor became Slippery of the Filth.

TOGETHER we can Help one another to STAND.

NOT by the Divided Nations, which are politically named “United Nations” (UN).

It gives us a CLUE, as HOW the RISE can in PRINCIPLE be Realized.

The Reversal: ONU changing into UNO! 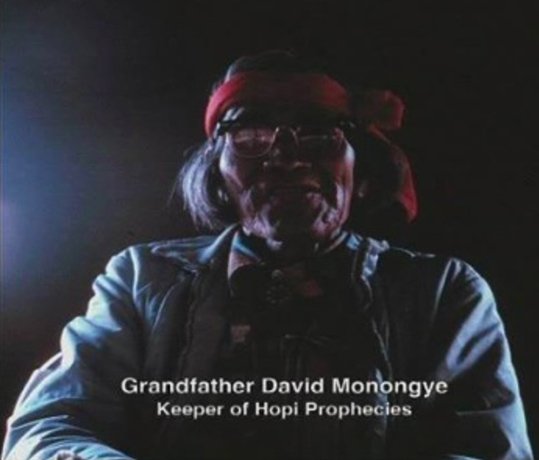 Hopi Prophecy mentioned the “House of Mica”, which turned out to be the United Nations in New York.

The instructions were to Deliver the Message of Peace and that 4 attempts needed to be made.

Under the Leadership of Hopi Elder David Monongye the “4 Knocks on the Door” attempts were made.

A different attempt was made in 1992, in Santa Fe, New Mexico.

This action went along with the “calling up of the Purifier of the East who is of the Dragon Clan.

Tawa – Roy Littlesun was initiated to be a part in the Search.

The last blessing, he got was from his adopted Hopi Father Titus Qomayumptewa (1994).

In 2011, “out of the blue” Roy was asked to Deliver the Hopi Message at the Geneva United Nations (read attachment).

From the time of Roy´s Search around the World (1996) until today, the global connections were also made with the Dragon Purification aspect (read Kalaitaka).

Then the last Revelation concerning the UN happened in Mexico.

President AMLO made an appeal at the UN in New York for the “very rich” to support the “poor” with an “enrichment program”.

Many criticized AMLO for doing it, because Dependence on “political-money” would only become greater.

Meanwhile, the ONU, Spanish for UN, opened the idea to turn ONU around, to become UNO = ONE.

So, what can ONE relate to Humanity as ONE Nation Under GOD?

ONE WORLD WITHOUT BORDERS, where every Home is the “UNO-building”, under the Control of the Individual.

UNO also translates as ONE (un) CIRCLE (o) = ALL IS ONE (first Truth of Creation).

Moreover, Word-sounds correlate with the different parts of the Body and functions (make the sounds to actually feel it).

It is with the Earthly Realization of the Divine PLAN that the SECRET can be Revealed to have the Greater world also be Cleansed from the IGNORANCE, which has caused the many sufferings and all sorts of conflicts throughout the Universe. UNO can be illustrated with the Circle (“O”) and its Center (UN, one). It also correlates with “the Seed (center) is in the Tree and the Tree is in the Seed”. The Circle is the Expanded Center and the Center is the Contracted Circle. The True Human is the Totality within the Totality. ALL IS ONE

The UN´s Purpose is to Organize the COMMUNICATION between Nations, but it can NEVER Unite the Nations, because it LACKS the UNIFYING CENTER, which is the ONELAW of Creation. It´s union is SUPERFICIAL, because the laws it goes by can be Broken and Corruptibly used.  With the UNO the UN can be Helped with the Centering Process, to have Humanity be Harmonized WITHOUT the DIVIDING BORDERS. It can do so, because the ONELAW (GOD´s) Directly correlates with the CONTROL-point of the Heart from where the POWER can be used in the form of FREE WILL. And by making the CHOICE to BE, TOTAL Justice will be ours´.

On November 20-21, 2021, UNO has been I Ceremony initiated, to also in Principle Replace the UN in its function to Politically Control the World.

UNO will go along with the ongoing Oneheart Education, to Know what it takes to become a True SOVEREIGN.

The prophetic “Hopi delivering the Message of Peace at the UN” never came about. The door remained closed. Then “ out of the blue” Titus’ son in Spirit, Roy Littlesun, was invited at the Geneva UN to deliver the long awaited Message.

Presented in the Spirit of Forgiveness at the UN