Shortly before the initial 108-day Journey around the World, from East to West (began at Phoenix Arizona, November 31), two Dragons (horned toads) approached me at Hopiland´s last Sovereign declared farm (Titus´Farm). One came to me and allowed it to picked up and placed on the foot (Elk-hoof) of the Baston (Kalaitaka) that later accompanied me around the World. The other went to the hill where Titus´ gravesite is located. Upon Return to the first encounter the Dragon-cloud appeared 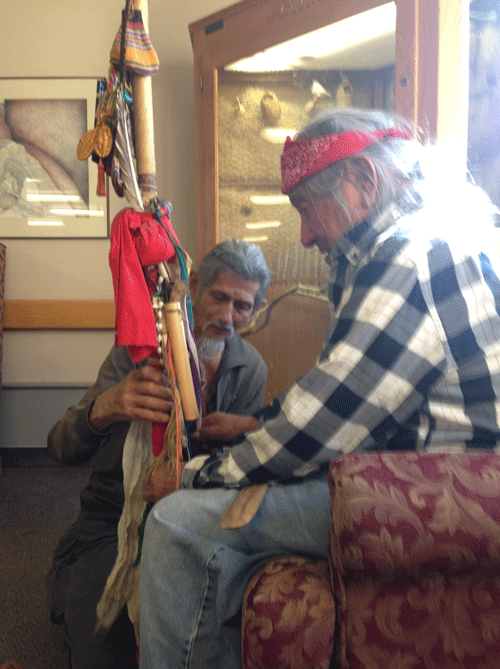