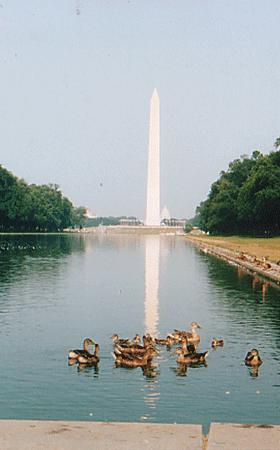 The date was set, to face a moment of truth.

Who can tell, whether it is the correct time to initiate the lighting of the Eternal Flame of Peace (Eighth Fire)?

Who would be the one to do it?

The One is the moment that we can know by making the choice, to use the limit as the stepping stone.

Everyone can be the One, when we act from the heart, to realise that time is always on schedule, Now!

Lack of trust, that delays the doing, leads to the possibility to be forced to do.

Prophecies (warnings) are given to awaken, to let us see what will happen when we hold on to not doing.

A few managed to come and many around the world burned a candle in support, on this day.

High noon, next to the Lincoln Monument the Circle was set, by five in all.

The focus was on the ONEHEART and what the cauldron of humanity is all about.

In acknowledgement that All Is One, calling up All Our Relations, the ceremony began.

Two more came… so that seven people could light the central fire.

The fire held a crystal made in Siberia (Omsk), used for guiding deadly missiles.

By consensus the fire was lit.

Then the transformation began, with the vision that it will resonate to all the crystals that are programmed to destroy.

As the fire reached out for the sky, another two came… signifying the last two steps to be made to complete the cosmic journey that each one of us chose to be part of.

One more arrived to make ten, signifying seeing the Oneness in a new light.

The crystal turned white and fell apart… then to be crushed between two stones.

The sacred pipe was smoked, making three rounds to send the cosmic email.

Now the medicine had to be deposited in the half mile long Reflecting Pond, east of the Lincoln Monument.

Policemen came, ordering the fire to be extinguished.

“Don’t put hot coals on the grass”, they said.

“In the Reflecting Pond” was the answer!

Normally this could not be done.

Off we went through the ranks of parading Navy men who were lined alongside the pond.

The breakthrough was made, as on this day Pluto had to pierce through Saturn.

A bed of duck feathers was floating in the pond in front of us, welcoming the medicine.

The sacred remains of the fire caused much steam when deposited, making the essence of the medicine rise into the sky.

The direction of the wind changed from west to east, carrying the feathers and ashes along the half mile long pond.

Then the sacred pipe bowl, made of the clay from Fish River (South Africa), unfired, went in the pond too… to dissolve.

Now every one can obtain a portion of the pond’s water and extend the medicine of peace around the world.

Everyone can make the pond’s medicine stronger too, by adding more prayers of peace… plus making it more potent by diluting the obtained medicine with water from other sources.

Share this message about Medicine Pond with the world!

The Prophetic Last Battle between GOD and Devils (using scientific Witchcraft) has begun!