Dragon, Purifier and the Conclusive Battle

Similar as the Eagle and many Animals, correlating with certain elements and energies, the Dragon has its Specific Role, which has the Earthly POWER relationship. This animal is also categorized by is Elemental qualities and even its significance in the realization of the Divine PLAN.

The Dragon still exists, in a reduced size. In Hopiland (Arizona) it is known as the “Horned Toad” (see picture), having a major Prophetic Role at the closing of the Human Experience on Earth. 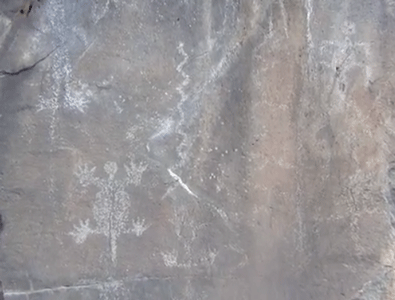 I Discovered a location where the Hopi settled upon arrival after the Migration, to then go to the Mother-village, Oraibi to Qualify in the Process to guide Humanity in the Realization of the Divine PLAN (Watch video: . Here the entire Migration-story has been engraved in the rocks, and it all concluded with the Confrontation of the Two Extreme Polarized Systems (Creation vs Anti-creation), by which Earth´s Power (Correlating with the Dragon) can be used in Two different ways: Fission/Reaction/War/Disease and Fusion/Complementary/Peace/Health. These Two completely different ways are centered around the Two completely different LAWS of Creation: GOD´s absolute and eternal Constant, CHANGE and the Contrary Temporal Law whereby REACTION can be created with the Absence of the Unifying Center or Nucleus. Today´s Extreme EXPERIMENTAL way of life is the Result of it.

So, now it is about Planetary Justice under GOD´s Onelaw verses Planetary Destruction based on laws which make GOD´s Onelaw ILLEGAL. As the Hopi describe it, “at the End the Purification can come in TWO ways. 1- “by the Purifier coming from the EAST, and as such we will be able to Survive to enter the 5th World or Golden Age … 2- by the Purifier coming from the WEST, and as such there will not be one stone left unturned. Then, the Human may at best begin all over with a Boy and a Girl”. The described Purifier belongs to the Dragon-clan. This conclusive Battle has also been stated as the WAR between GOD and Devils, using scientific Witchcraft “Covid-19”).

In 1992 I was Initiated on this “East-West-Dragon-Purification¨ aspect at Hopiland with the help of the last 5 Hopi Elders who have stayed Committed to the Divine PLAN be Realized. Extreme Tests I had to go through, to Know what my Part of the Purification-Mission is. What follows summarize the Steps of my “Meeting with the Dragon”.